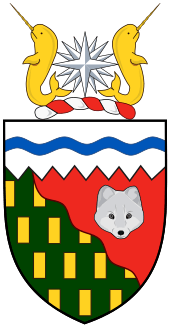 Before 12,000 B.C., most of the Northwest Territories was locked in a great sheet of ice, a mile or more deep. When the glaciers receded, they did so from west to east, opening the landscape to human settlement.

First here were the Dene, who’ve roamed the boreal forest for millennia. About 1,000 years ago they were joined by the Inuvialuit in the Mackenzie Delta and on the Arctic coast and islands. Fewer than 300 years ago, the Metisarrived – the vanguard of the fur trade. Settlement by Euro-Canadians stretches back barely a century – first Hudson Bay men and missionaries, then whalers and RCMP, then oil-drillers, miners, and the government.

Many of our communities, like Fort Resolution and Fort Simpson, originated centuries ago as trading posts. Some, such as Fort Smith, Hay River and Enterprise, got their start as transportation hubs. Norman Wells and Yellowknife were founded in resource extraction – oil and gold, respectively. Inuvik was a planned community, where Indigenous people were settled, ostensibly to provide them with modern services. Other communities, like Colville Lake and Wekweиtм, began with the opposite impulse, as First Nations people sought a return to traditional life.

The Northwest Territories is home to 44,000 people, barely a thousandth of the Canadian population. Half of the population is Indigenous – here since time immemorial – while half are originally from elsewhere. Of the former, a wide range of cultures are represented. About nine percent are Metis, mostly concentrated on the south side of Great Slave Lake. Another 11 percent are Inuvialuit, the people of the far North. The Dene make up about 30 percent of the territorial population.

What the province lacks in population, they make up for in youth. It is a young territory; barely 32 years old on average, which is far below the Canadian average. Almost one-quarter of residents in the NWT are under age 15. Barely one in 20 are older than 65.

Give us a call to discuss further.

Sign up for to receive email notification when a new informative article is posted.
Subscribe to our Blog

Google Rating
5.0
Based on 22 reviews